The Mortgage Cartel and the Need for Transparent Search 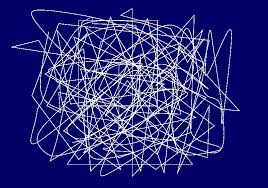 Ive had some heated (and circular) conversations with many in the mortgage industry regarding how unregulated the industry actually is, how it would be near impossible for legislation to clean up the mess. The Mortgage Industry needs something more than new Statements and Policies from regulatory agencies, with a few sacrificial lambs served up for show.

Does anyone see the parallels between the Enrons & WorldComs and the mortgage industry? These books are cooked ‘X-tra well done’…ahhh, I can hear the paper hum of all the paper shredders as I type this.

Via my blogging here and ActiveRain it’s become very evident that unless you are inside the mortgage industry, you’re an outsider, and if you’re an outsider, you’ pay in cold hard cash. Even Realtors, designated and educated real estate professionals, have little idea about how the mortgage industry ‘works’. This amazes me since most Realtors tried to tell me how to do my job..? ;)

There’s no other industry that makes you pay for what you don’t know quite like the mortgage business. Michael and I like to call the greater traditional mortgage shops out there:

Here’s a little story to support ‘my claims’, followed by the Realespace.com solution…

The Mortgage Cartel has been busy burning wagons and taking scalps since the mid 1980’s, with the dawn of the mortgage broker. It was the Wild West and the Gold Rush all wrapped in one. Brokers jumped claims and worked the angles including something known as yield spread premium (YSP).

YSP was introduced by the banks as a way for borrowers to finance closing costs through a voluntary increase in their interest rates. At least that was the idea. It was only a matter of time before brokers hijacked YSP and turned it into a clandestine profit center financed by unwitting consumers who had no idea what interest rates they actually qualified for. It was a recipe for disaster.

The passage of Regulation X in 1992 defined and outlawed hidden lender kick-backs. Post Reg X, brokers were forced to be more creative in order to maintain their hefty back-end "rips." While typical loan fees ranged from 1%–3%, there was almost always another 1% - 3% in hidden YSP camouflaged by ambiguous documentation and verbal gymnastics.

The problem with Reg X was that it only addressed the mortgage broker—leaving mortgage bankers, for all intents and purposes, untouchable. To this day, direct lenders like DiTech can lawfully withhold information from the borrower during the process of mortgage program and rate selection. Things were bad, but they were about to get worse.

By the late 1990’s, networked information technology had reduced the task of pre-qualifying a mortgage to a point and click affair. Online brokerages like Ameriquest, DiTech, and eLoan emerged, waving a red cape at a bull market of consumers eager to reap the benefits of the New Economy. By 2002, the Disinformation Age of real estate finance was in full swing.

Operating beyond the reach of Reg X, online uber-shills sucked billions of dollars in overpaid interest expense out of the economy through such notorious schemes as DiTech’s "$395 Flat-Fee Loana Trojan horse packed with up to 3 points in hidden yield spread courtesy of an inflated interest rate.

At the peak of the refi boom, the Mortgage Cartel had effectively turned the Internet against consumers making the process of obtaining a mortgage online nothing more than a faster ride down the same dark alley. The disturbing truth is, if you got a mortgage between 1987 - 2007, the overwhelming odds are your monthly payment harbors a broker’s secret payday. And if you got your loan through a direct lender, you can all but guarantee it.

With bankers on one side and brokers on the other, the consumer was bound to get squeezed. When comparing identical offers from a mortgage broker and a mortgage banker, consumers routinely chose the more expensive loan.

Faced with the most uneven of playing fields, many brokers rationalized a culture of deception. One look at a typical HUD-1 broker closing statement is all the proof you need. Nevertheless, it was the online direct lender that posed the most imminent threat to consumers. Why? Because it wasn’t perceived as one.

e-Lenders: When Thieves Compete, you Lose

Transpareny in the Mortgage Service Industries